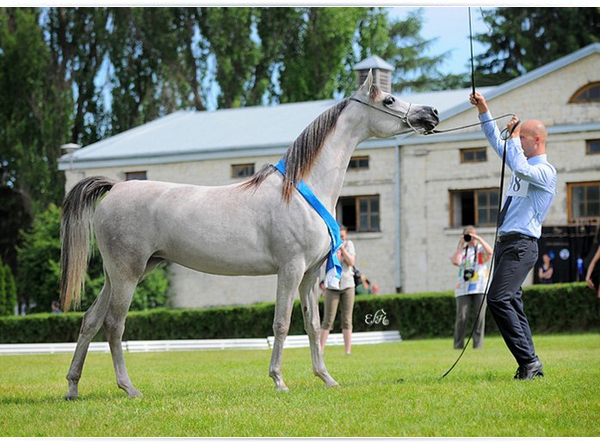 Euzona, by Om El Bellissimo was first crowned Gold Champion at the Bialka Spring Show and then was named Best in Show!  Baroc, also by Bellissimo, was Silver Champion Colt.  Both horses are from Bellissimo's first foal crop while on lease at Janow Podlaski.  A huge congratulations to their breeder, Marek Trela!