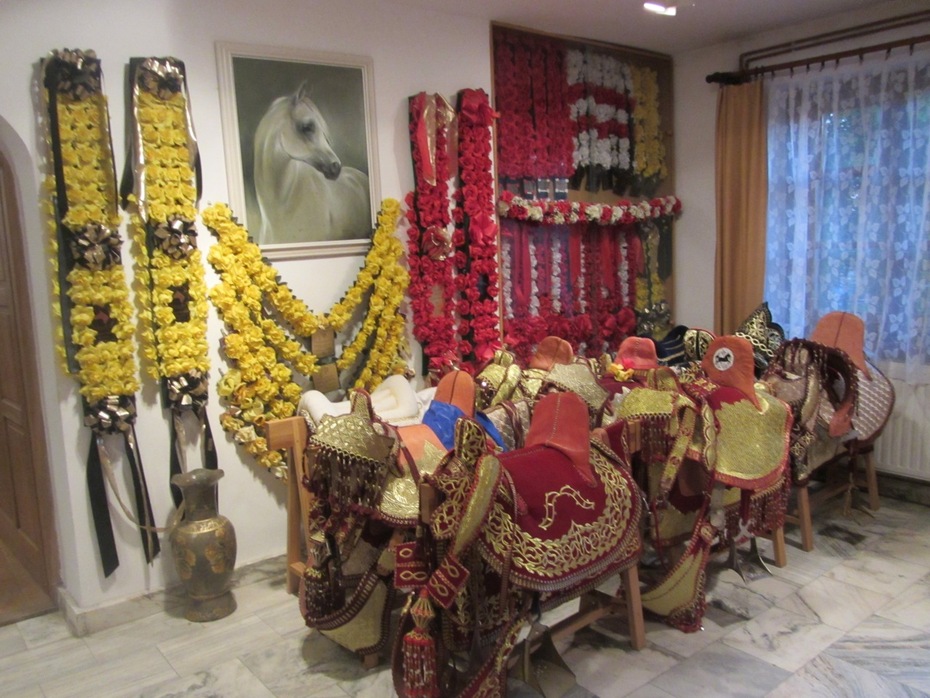 Sigi travelled to Poland for the spring stud inspections together with equine expert Scott Benjamin. They attended the inspection at the State Studs Bialka and Michalow. Every single horse gets paraded in front of a commission. The directors of the State Studs and the government people give the horses scores and the ones who do not reach a certain score have to be sold.

This was quite an amazing experience. Where in the world can you go and see each single horse in a breeding program? Whether it is wonderful, show quality or pet quality? The state studs in Poland have these inspections twice a year, usually in the spring and in the fall. This is an excellent opportunity to watch the progress in a breeding program and Sigi was very thankful for this unique opportunity. Om El Arab has a longtime history with Polish breeding. In 1970 Sigi bought, together with her then fiancé, two mares and a stallion at the Janow Podlaski stud. When her stallion *Sanadik El Shaklan was introduced via frozen semen to the Polish mares several wonderful individuals were created among others multiple champion and U.S. National champion mare *El Dorada and National champion producer Andaluzja.

Later the same week Sigi and Scott spent some time at the State Stud Janow Podlaski, which had a special significance for Sigi. Her junior stallion OM EL BELLISSIMO has been leased to Janow Podlaski for two breeding seasons and actually resides at Janow Podlaski. Sigi was very anxious to see some of the resulting foals.

Again, they were able to see ALL the horses in their home environment: in their stalls, out in pasture and in the different outside barns, where the young horses are kept.

Sigi was very proud to find out that the foals by her stallion Om El Bellissimo were among the top ones as a group of foals in all of the State Studs in Poland. This was the common consent among the breeding experts.

What an honor and what a relief! You never quite know the outcome when a young stallion starts his breeding career! Dr. Marek Trela has bred some of his finest mares with Om El Bellissimo for 2012.

Om El Arab is very anxious to welcome this wonderful young sire back to the farm this year, so that American breeders can utilize his prepotency.